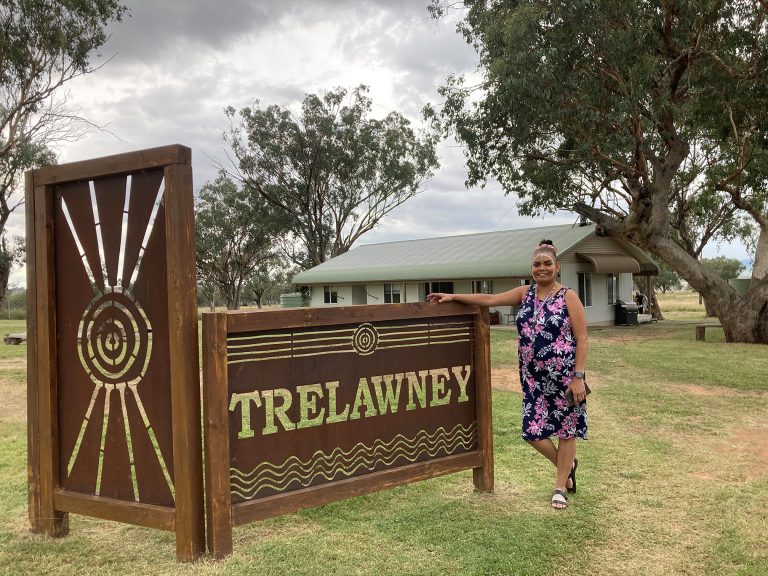 A place of traditional lands, the ‘Trelawney’ property is situated just out of Somerton and was handed back to the Gomilaroi people in 2019 by the Indigenous Land and Sea Corporation (ILSC) to the Tamworth LALC. It gives Aboriginal community important access to traditional country.

The day began with all women painting their faces and left feet with ochre –  when their left foot touched the ground it connected them to country.

The ladies then were able to connect to country through mindfulness. Des said this was so relaxing, and a really lovely way to start the day. The group then learnt some weaving, did some painting and got a chance to make their very own ‘smudge stick’ . In Australia many Aboriginal and Torres Strait Islander communities collect and smoulder native Australian plants to clear away unwanted energies and make way for positive, new energies. Some of the plants used are also renowned for their antimicrobial properties, and Eremophila longifolia in particular has been found to release its healing properties through the process of smoking. Native Australian plants were harvested from the local area to create the smudge sticks and the ladies will use them to fill their homes with the delightful scents of the Australian bush. 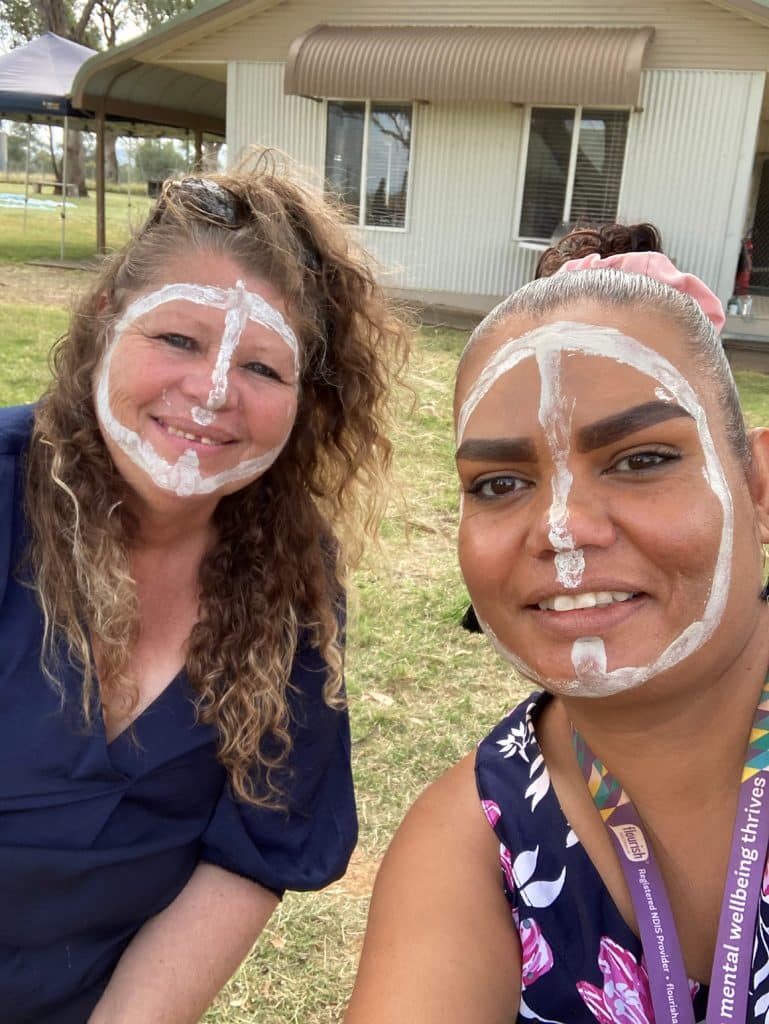 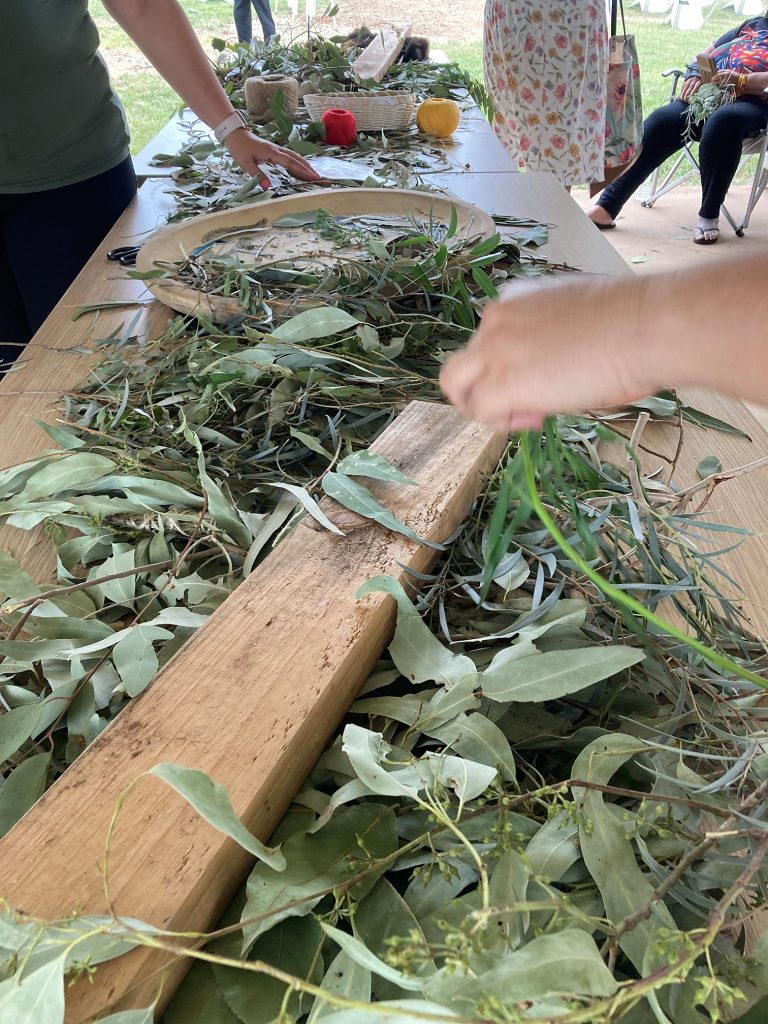 The women were also told a dreamtime story which describes a Bambul tree. In this story, the Bambul tree is the mother-in-law of ‘Garriya’ and informs us of the strengths, power and importance of women in community. We hope you enjoy this dreamtime story as much as we did.

Long ago, the Garriya terrorised the local people around Boobera Lagoon. Garriya had travelled down to the Boobera Lagoon from up near Yetman, his tracks making the watercourses past Tommila. Garriya prevented the people from hunting and gathering food. No-one could paddle a canoe, or even fish from the bank, because Garriya had developed a taste for human flesh.

The people asked Dhulala to attempt to kill Garriya so that they could live and hunt in peace. Dhulala was a head man of Noona on the Barwon and was known as a great warrior. Dhulala went to the lagoon early one morning and stood on the bank, peering through the mist for Garriya. After some time he saw a ripple on the water, then Garriya’s dark shape emerged from a hole, his fiery eyes glaring.

Dhulala hurled his spear, but it only glanced off Garriya’s skin. He threw several spears and clubs with all his force, but they had no effect on Garriya. He took up another, then another and kept throwing spears till he had no more. Garriya charged Dhulala, mouth open and fangs flashing. Dhulala fled across the plain with Garriya sliding after him. Garriya gave chase, the earth pilling up against his chest, like the bow wave before a canoe, winding about like a huge snake and travelling at a great pace.

In the distance, Dhulala caught sight of a Bambul tree – the mother-in-law of Garriya and the only living thing that Garriya feared. Reaching the tree with Garriya still hard on his heels, Dhulala threw himself at it and clung to its trunk. When Garriya saw that Dhulala had reached the Bambul tree, he skidded to a halt and returned to the lagoon along the channels he had made. The channels which he had carved in the land in pursuit of Dhulala remained, empty in the dry times and filling up with water when it rained.

Today the Garriya is still in Boobera Lagoon. Local Aboriginal people still keep the lore that no-one should go into the lagoon or stay close to the banks after sundown. 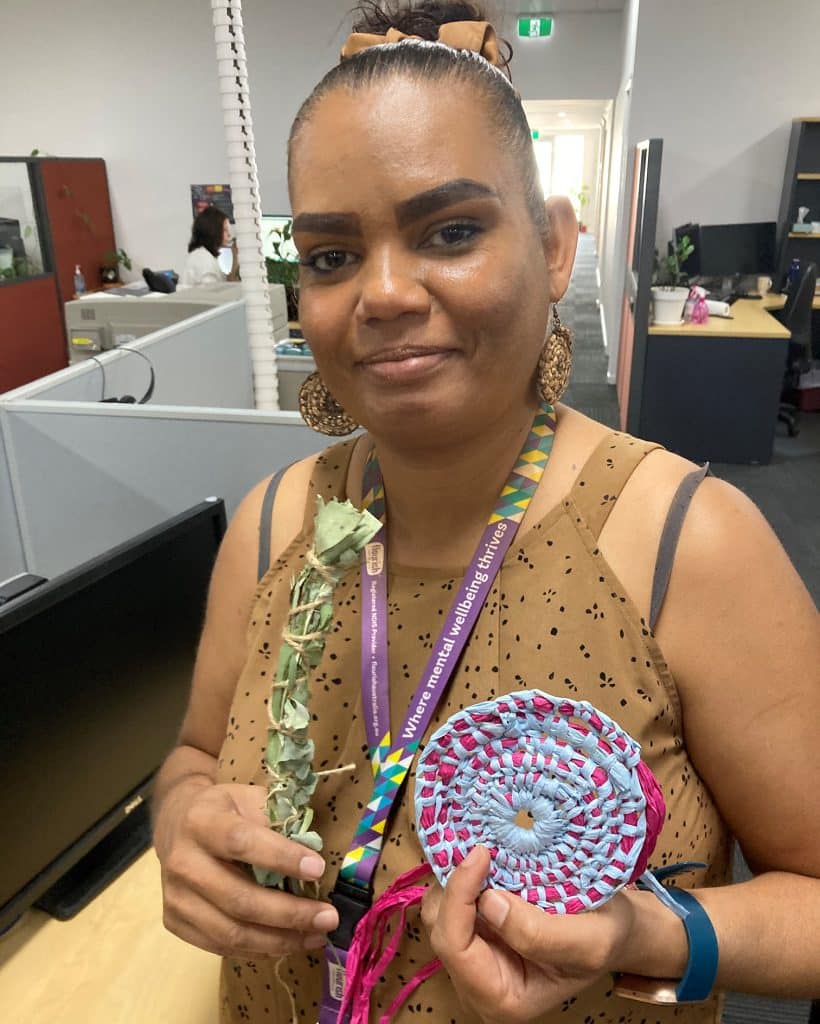 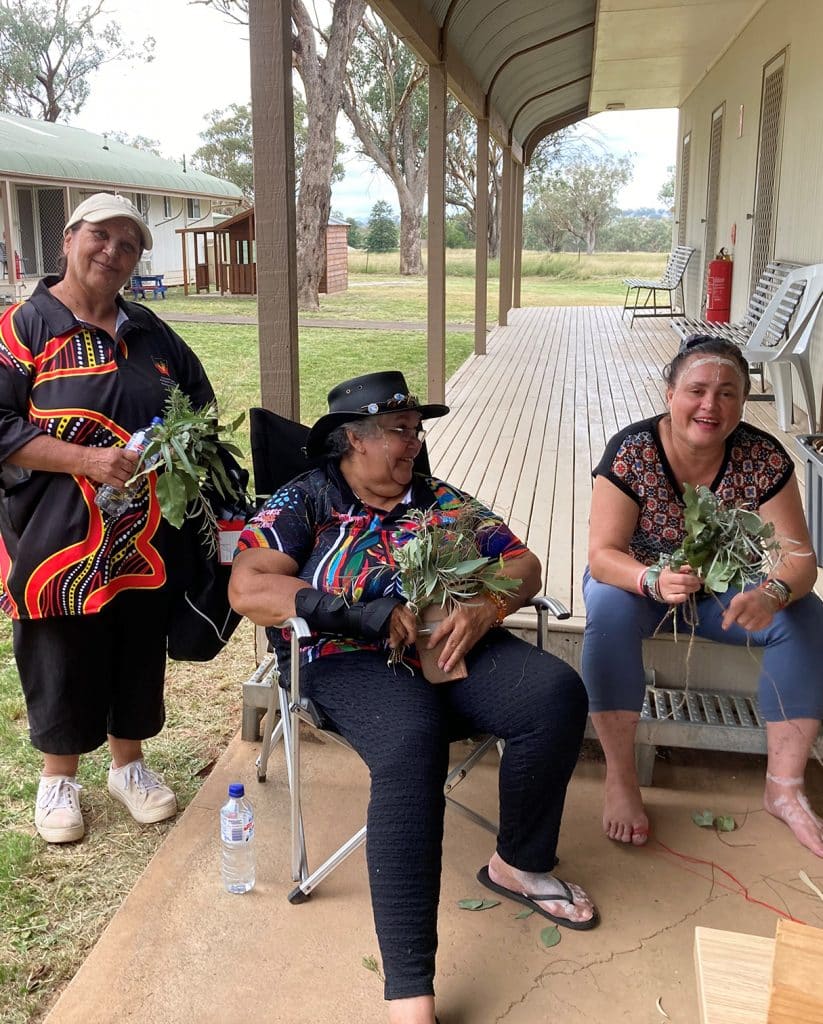 We acknowledge the Traditional Owners of the land, and of the Elders past and present and recognise the youth of today as the future leaders and Elders of tomorrow.